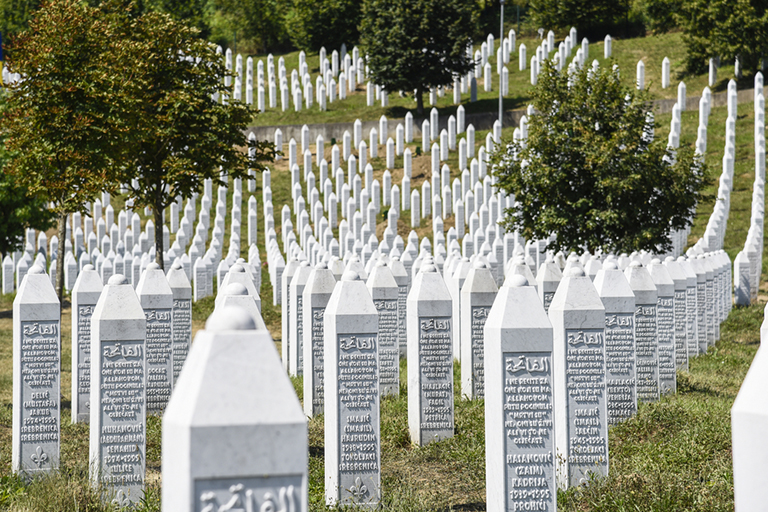 Socialist and Democrats are outraged to learn that the leader of Bosnia's Serbs in Bosnia and Herzegovina, Milorad Dodik, denied that genocide was committed in Srebrenica and last week called for the withdrawal of a government report that acknowledged the massacre of more than 8000 Bosnian Muslim men and boys in the eastern Bosnian enclave in 1995.

With the strongest possible words we condemn the denial of the genocide in Srebrenica by the leader of Bosnia's Serbs. 23 years ago the Bosnian population in Srebrenica was subjected to the worst crimes committed in Europe since World War Two. In 2007 this genocide was recognised by International Court of Justice. There cannot be any denial, half-truths or misinterpretation about it! We owe it to the victims and their families. We have to make sure that the lessons from the past are learnt so we will never allow such a dark history to be repeated again.

"I call upon the political leaders in BiH and in Serbia to restrain from such shameful and dangerous rhetoric that only leads to divisions. The European Union has offered Bosnia and Herzegovina a clear prospect of integration, but it will not be possible without peace, stability and reconciliation. The denial of the established facts of Srebrenica massacre will in no way help the BiH in achieving these objectives."

"Denying or misinterpretation of the genocide in Srebrenica is absolutely unacceptable. As a German I know how it hurts to remember the past one's own nation and country, but without acknowledging the genocide in Srebrenica there is no a real chance for a peaceful and stable future for BiH. Unfortunately, with a statement like the one by Milorad Dodik, the country is going backward and not forward on its European path.------"I call on Dodik to withdraw from his divisive rhetoric. The S&D Group is ready to support the citizens of Bosnia and Herzegovina overcome the legacy of the past and help advance the country on its European path."